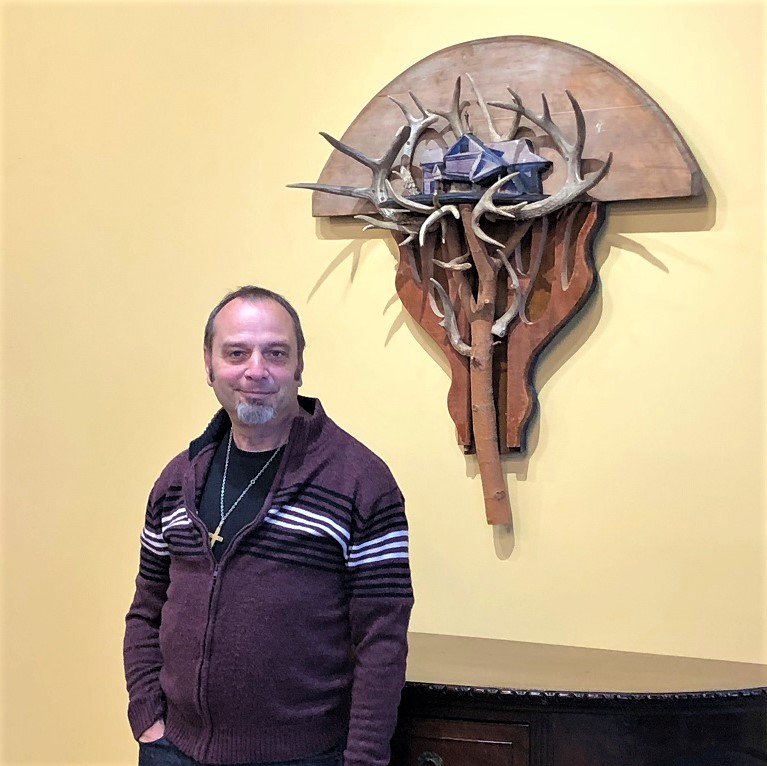 In the world of broken and discarded things, Bret Hines, an accomplished sculptor in his files, takes the phrase “one man’s trash is another man’s treasure” entirely to heart. Using items such as frames from forgotten doors, rusted locks, and the legs of chairs, Bret creates intricate collages that represent the passage of time and how objects experience this decay. He does not shy away from faded paint, or crushed wood-grains are exposed, aged metal brought to light. He also incorporates images of places and people into his work, such as in his piece “Faces,” which involves the severed legs of chairs with the faces of historical figures frozen in varnish and nailed to a modern board.
Bret has said that his art heavily influenced by the contrasting elements of the city and rural farmland. Demonstrated by the redwood of barn door panels as well as the pristine locks of an apartment building in Cleveland. Many elements are very personal to the artist himself because of his experiences as a child and adult. Choosing to see the beauty in unloved things, Bret Hines transforms ordinary objects into captivating art, with a few modifications. 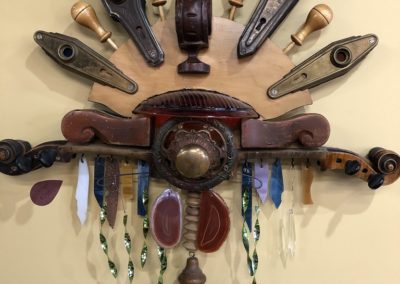 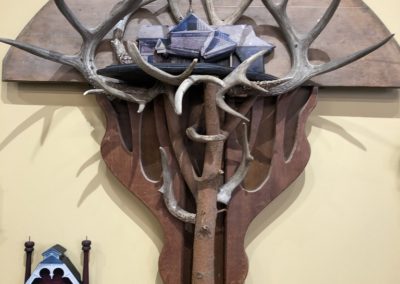 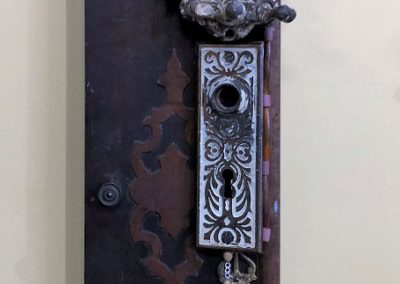 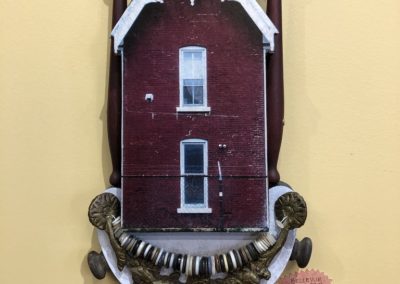 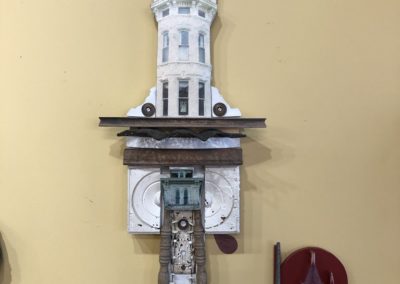 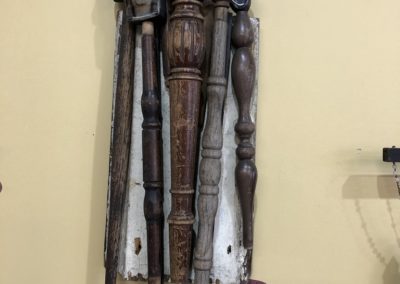 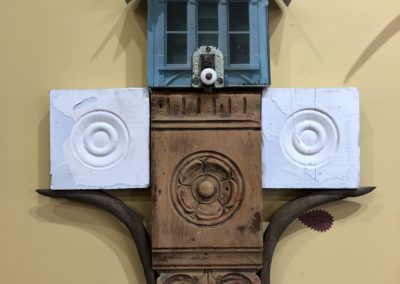 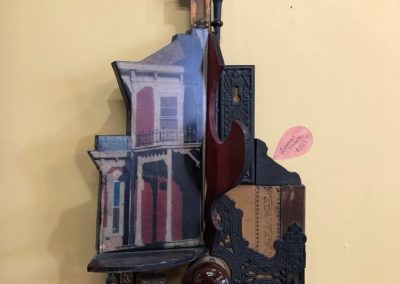 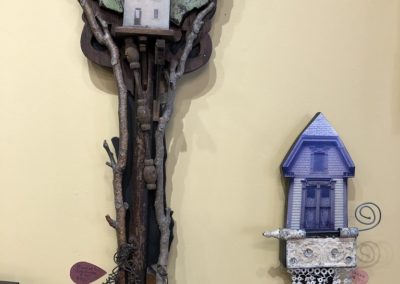 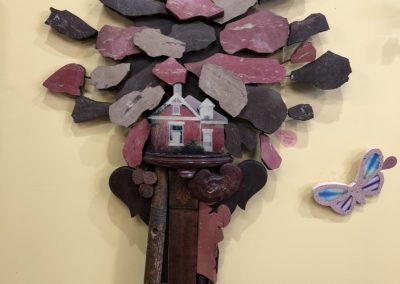 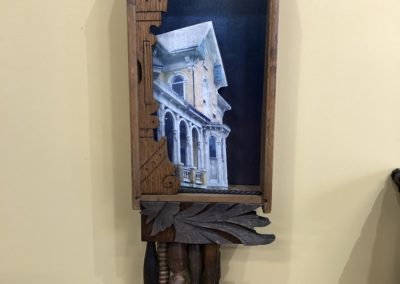