Neurographics Slip Into a Meditative State 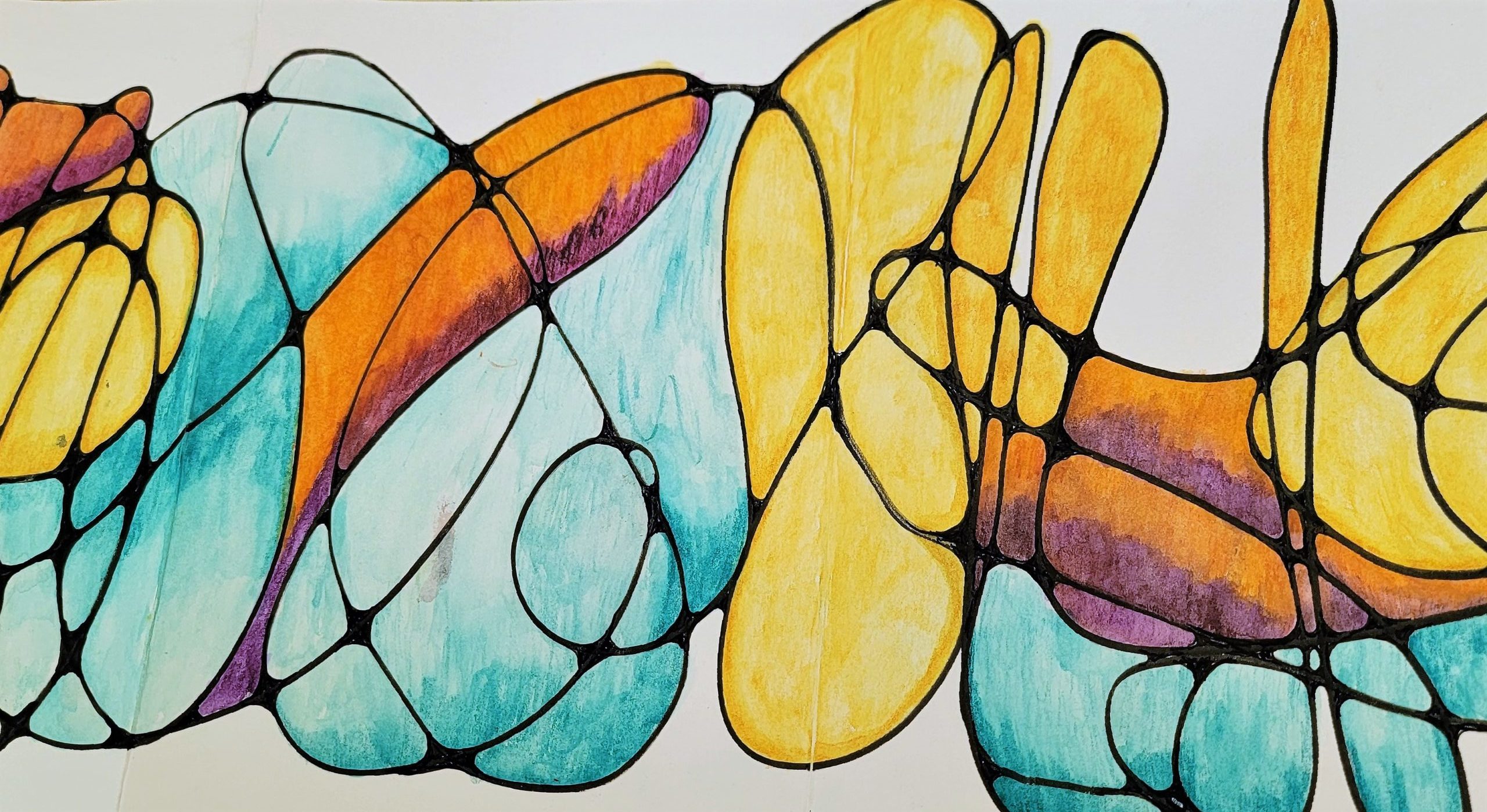 The first time Neurographics was brought to my attention, I was watching a man sitting in a corner, in a crowded room, and whatever he was doing–drawing?–he was clearly in some kind of Ohm-like state, off in his own world, pen and notebook in hand. As it turns out, he had learned Neurographics almost a year ago, and he had been drawing like this ever since. When I asked him about it, a few others chimed in to say that they, too, had been drawing for just as long. They had all been at a retreat a year ago and had learned it from a participant who was from Russia. One woman said she felt she had literally drawn herself into a new job. Another had missed her flight on the way back from the retreat and spent many hours in the airport doing this drawing, without the usual travel-mixup stress and anxiety. And she continued drawing throughout the year.

The most immediate effect of drawing Neurographic lines is slipping into this quiet, meditative state. Hand to paper, mind silenced; you just go there. It was felt in the presence of the man in the corner. It is felt as you draw the lines.

Perhaps this is the effect of any kind of artistic endeavor, this going into something, a quiet, meditative state. And perhaps this is behind the doodling and Zentangle craze. Doing the work creates a zone. You don’t have to try to quiet the mind, it just goes there.